Born in 1973, he debuted as Boohwal's vocalist. His first album was a compilation of Boohwal's songs "Aesop's Brush" (이솝의 붓). He was the voice of Boohwal's 5th album "Discovery of Fire" (불의 발견) released in 1997. He made his name known with the title song "Lonely Night" as with his clear voice & strong vocal.

It was told that Kim Tae Won was told of Park Wan Kyu, and heard him singing in an American base camp inside of Seoul, singing Led Zeppelin's "Black Dog." His voice amazed Kim Tae Won who invited him to sing for Boohwal which was looking for a new vocal at the time.


Lonely Night is one of a "must" song in every Boohwal's concert. Despite having had so many vocals over the years, no body could ever sing "Lonely Night" as Park Wan Kyu did.
He only stayed with Boohwal for less than a year, and released his first solo album in 1999 titled "1000 Years of Love" (천년지애). The title song, "Love of 1000 Years" really highlighted his high toned voice.


His second album "Vigorous Hunting (엽기발랄) was released in 2000, with the title song "After Love" (사랑한 후에). The album did not give as good a result as the previous album, despite the good quality. The changes in Korean music industry is among the reasons to it, as well as the economic downturn started in late 1990'.


The following albums he released did not make much difference: 3rd Album (2002) "It's Now or Never", 4th Album (2006) "Exodus", and 1999-2006 "Best Album". For me, it's quite a question mark why he excluded his time in Boohwal in his "Best Album". His relationship with Kim Tae Won, the leader of Boohwal, remained good and in tact though. They enjoy fishing together, and in fact, the song "Lonely Night" was composed and written by Kim Tae Won during one of his fishing journeys.


He also works a lot with the musician Kim Kyung-Ho (김경호); he did some featuring for Kim Kyung-Ho's album, including a duet remake of Boohwal's "Story of You and the Rain" (비와 당신의 이야기) in 2009. Other than that, Park Wan Kyu also sung some drama OST and appeared in Musicals such as "Maria" and "Jesus Christ".
sumber adalah di googled. 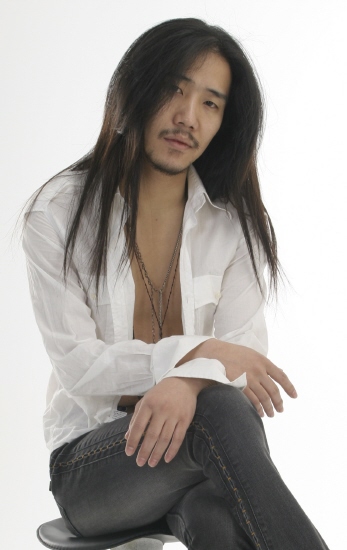