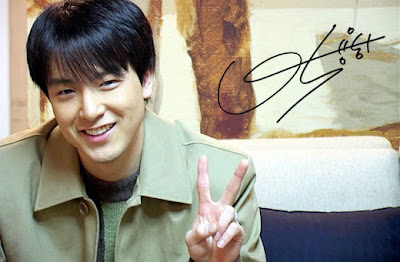 *kredit to Mr Google for this nice pic. Tq SEOUL, South Korea (AP): A popular South Korean actor and singer was found dead Wednesday in an apparent suicide that would be the latest in a recent string of high-profile suicides in the Asian country, police and a news report said. Park Yong-ha, 33, apparently hanged himself in his home in Seoul, Yonhap news agency reported, citing police. An official with Seoul Metropolitan Police Agency told The Associated Press that Park was found hanging by the electric cord of his mobile phone battery charger. However, police were still trying to determine the exact cause of death, the official said on condition of anonymity, citing department policy. Park debuted in the late 1990s and starred in the 2002 television drama "Winter Sonata," which drummed up a following in Japan and Southeast Asia. He held several concerts in Japan and one of his fans was said to be its former first lady Akie Abe. Yonhap reported no suicide note was found, but the Seoul police agency said Park told his family "I'm sorry. I'm sorry" while massaging his father, who is terminally ill with stomach cancer, early Wednesday. click here for more..,
saya si ietams

hi, new to the site, thanks.

The Build - We know size was listed already
as a positive attribute to these cameras, but it works both ways.
National Space News Examiner - National Photography Examiner - Cleveland Astronomy Examiner.
The EOS 5D Mark II naturally characteristics a total-frame sensor, but the resolution enjoys a considerable increase through the 12.